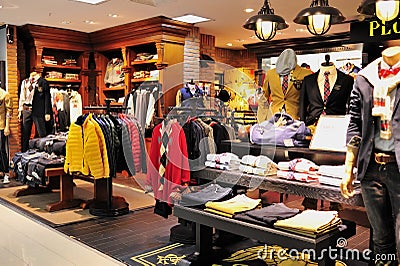 Based by the Silverman family in 1977, the business opened its first UK retailer in November 2014. Italian designer brand that operates 5 stores and a concession in London. In 2010 Moss Brothers relinquished the Canali franchise and re-branded the shops underneath other manufacturers they operated.

Based within the early Nineteen Eighties by Pietro Negra and Cristina Rubini, the business operates one stand alone retailer and concessions inside Harvey Nicholls and Harrods. The primary ECCO stores within the UK were franchises run by former Clarks govt Michael Fiennes, who grew the number of shops to 17 by 1999, before ECCO took over the operating of the brand’s stores.